It’s very easy to think of language and culture as two separate, different things. Language is something people speak, using on a daily basis to communicate. Culture is often simply regarded as traditions, fashions, things that happen in the background of wherever a person lives.

But the truth is language and culture are deeply intertwined. Often culture becomes such an intrinsic part of language that it can make it very challenging to give an accurate translation. This is especially true in instances of less formal, more creative communication, such as the arts or marketing. When you’re translating something more formal, less personal, such as a manual or report, the language used is often focused on directness and functionality. Language in such cases is aimed simply at getting an idea across in the most efficient and precise way possible.

In more creative ventures, the language may often be the point in and of itself. In other words, the value of the language comes from how something is said, not what is actually said itself. This is at its most obvious in humor and, even more specifically, cultural references. Humor often plays with language and expectation, which is why it can present real challenges for translation. Cultural references on the other hand, often rely an actual knowledge of people, history, or current events in a specific region in order for the words to have relevance.

The truth is language and culture are deeply intertwined.

Occasionally, some cultural references may transcend their regional roots. For example, despite being a Japanese monster movie icon, invoking the name “Godzilla” will usually resonate across the world, thanks to the global nature this famous figure from cinema. In the same way, the phrase “May the force be with you,” has been translated into so many languages thanks to the global appeal of the Star Wars franchise that despite its American origins, the usage of the phrase is well understood when it is used.

Those examples are, however, rather large exceptions. For every globally recognized cultural icon like the Eiffel Tower or the Japanese kimono, there are many artifacts of culture that stay largely local and don’t have widespread global understanding. For example in Asia, quite often content regarding financial security for average citizens will use a term that, in English, is translated as “iron rice bowl.” That phrase, in English, may be self-evident to Asians that have grown up with the phrase, but to everyone else, it may require some additional history and explanation, elaborating on how the iron rice bowl is a concept that represents the unshakeable financial security that comes from a job that pays well with almost no risk of termination. In other words, the ability to eat is so locked down it is “solid” like iron. It is a phrase that is often used in Asia to refer to jobs that both pay well and have an almost cradle-to-grave job security, but this requires a bit of explanation for those who live outside the region.

This is why professional translators are often indispensable when it comes to tackling more complex or informal language concepts and bringing them to another culture and language. A delicate balance is required to preserve the intended meaning of the cultural reference, while at the same time making the concept understandable to people who have not grown up with this cultural artifact as a constant, daily reference in their lives. 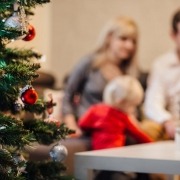 How is Christmas Celebrated Around the World? 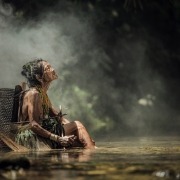 Why 2019 Is the International Year of Indigenous Languages 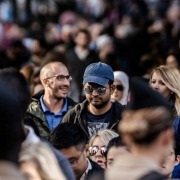 ITC will be speaking at the American Translators Association (ATA) 56th annual...