Home1 / Blog2 / Did you know?3 / The Basics of Translation Memory Software

Translation Memory, or TM software is a tool that helps translators work efficiently, while at the same time promoting consistency within a document and across various documents. Translation memory software is not the same as machine translation, such as Google Translate. A professional translator performs the translation task, rather than the software. This is the way to ensure a quality translation.

So how does the software help? If a sentence has been translated previously, it is added to the memory. When the software recognizes the same sentence later on, it will suggest the translation that was used previously. The translator then determines if that translation makes sense in the new context, and of so, adds it in with just a few keystrokes. These are referred to as 100% matches. The software will also recognize if a new sentence isn’t the same but is reasonably similar. Then the translator can look at the suggestion, and make the necessary changes to make it reflect the differences. These are referred to as fuzzy matches.

So how does the software help? If a sentence has been translated previously, it is added to the memory.

For example, I previously translated the following sentence:

Now I come across the sentence:

The translation memory recognizes that it is similar and suggests my previous translation:

I can see that the final word is different and needs to be corrected. Instead of translating the whole sentence, all I have to do is change “orange” to “noir”. Much simpler. I’m also able to ensure that the rest of the sentence, which was the same, is also translated the same way.

Translation memory fits into a project in the following ways. The TM software scans the file for 100% and fuzzy matches and returns an analysis showing the amounts of each. This helps the project manager plan the resources needed for the job. The software can then be used to insert the best match next to every segment where there is one. This way it’s already there for the translator to use.

This is called pretranslation. The translator then uses the software while translating, as discussed above. As they translate each sentence, it is added to the TM. The TM is then sent to the proofreader to use for reference. When the project is finished, the TM is updated with the final files. This is then saved for the client’s next project. Next time they will be able to use 100% and fuzzy matches from the previous project as well as the current one, thus saving time and ensuring consistency between the two. Translation memory is a valuable resource and is commonly used throughout the translation industry. 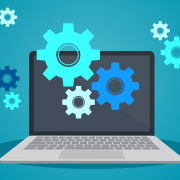 Should I Be Worried That My LSP Utilizes CAT Tools?
0 replies

The Advantages of Speaking More than One Language